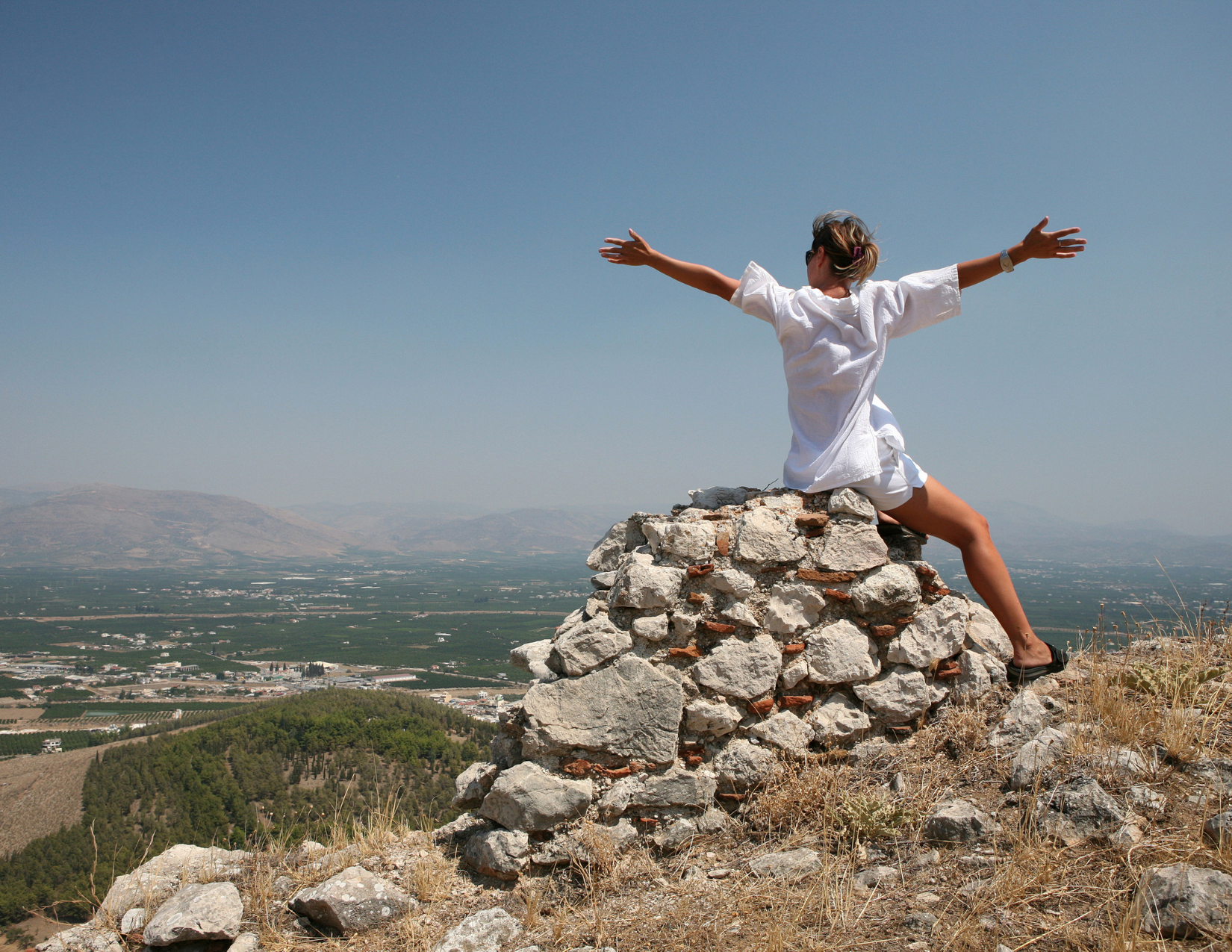 Now that we’ve literally talked about every single card in the Tarot deck, what’s next for Moxxie?

I’m still figuring that out to some extent – which makes me very uncomfortable – but I think that’s what’s supposed to be going on.  I like to have a clear-cut plan to flow through – a step-by-step process because by following those steps, success is supposed to be yours.

Let me tell you – I’m finding out that’s a bunch of crap. A year ago, when I decided to take Moxxie full time, I was terrified, but convinced that if I just followed all of the logical steps to building it, the commitment to social media, creating quality content, working hard, the Moxxie I was dreaming of would materialize. It was all about focus, hard work, research – all the things we’re told to do if we want to be successful.

The first few months, everything was great. I had finally had the courage to make the change I wanted to make and Moxxie was becoming a reality. There was so much to do – working through the logistics of getting any new project up and running. Again – terrifying – but with so much to do – I didn’t have much time to worry about it.

It was a different story, though, when the website was finished, the social media accounts had been established, I’d learned how to create and publish the podcast and such.

However, because I was committed to working so hard – because that’s how we become successful – I didn’t know where or how to stop. I knew building a business – especially one online didn’t happen overnight so I felt like I had to keep working – looking for things to do to build the business.

At that point, I started researching best practices for growing a coaching and tarot business online. What a mistake! Everywhere I turned there were people telling me the only way I would be successful is if I followed their system or took their class. As someone who loves nothing better than a clear path to the finish line, I was hooked – and overwhelmed. Which system is better? Which actually works? If coaching is such a wonderful career, why are there so many coaches for coaches out there? Is this whole industry full of shit?

I spent the next few months working a ton of hours to essentially cultivate a crapload of anxiety for myself. I was confused about how to move forward. I was questioning my choices. I couldn’t figure out what I was doing wrong when I was supposedly doing all the right things according to the experts.

It was really frustrating to see the growth slow to a crawl. My coach is a business coach, but she is also an intuitive. She’s tapped into things at a much deeper level than most of us. I kept telling her about the classes I was developing, the website I was redesigning, etc. When I started to express my frustration about things moving so slowly, at first she asked business questions – how are you marketing? Have you tried this or that?

Eventually, though, she started pointing me in the direction of slowing down – changing my focus from budling a business to wanting to do what I love and share it with others. She suggested maybe I was pushing so hard to build the business end of things that perhaps I wasn’t really aware of the energy I was putting out. Was it pushy and desperate? Or was it open, loving, accepting, and a genuine desire to share?

I took the coaching – considered it – even tried it to an extent – then when slowing down made me uncomfortable, I gradually ramped back up to where I’d been before. However, this time, I was at least conscious of trying to spend at least some time in a place of simply being open and listening. I began to integrate meditation with my yoga and work to consciously focus on being open – to working more from a heart space than from a brain space.

I would never say I’m as intuitive as my coach, but I’m quite intuitive myself when I slow down enough to hear I get some pretty amazing downloads. Most of the time, these downloads come when I’m doing something mundane – where I’m on autopilot – like driving, taking a bath, doing the dishes, etc. I started to get downloads about allowing rather than forcing – things like “All you need to do is allow” or “You’re a conduit.”

My downloads almost always come in the form of either simply knowing something (as in the case of tarot reading usually) or hearing my own voice speak someone else’s words. It happened enough, that I started to listen.

I looked at the parts of working on Moxxie that I don’t like and found someone else to do them. While I completely understand the utility of social media for starting a business, I really struggle with the image of the perfect Instagram life so many people seem to try to convey. My life isn’t perfect – and neither am I. I realized that I was feeling so pressured to show up a certain way – as an expert – as a savior – that it was really uncomfortable.

I hired someone to use my content to create posts, manage the accounts, etc. and it’s been wonderful. It’s also when things began to change. When I gave up some of the control, I gave up the constant comparison game between me and all the other coaches on Instagram. It gave me the space to start focusing more on what I want Moxxie to be – for me and for everyone else.

I started focusing on what I want to share, teach, and coach. I began to approach my work as an offering – a sharing – an invitation. My energy began to shift from that of a Ginsu knife salesperson on tv with just one more – and that’s not all! To here I am. You found me because of my awesome social media person, not because I was pretending to be something I’m not in order to get followers or business. I hope you like what I have to share. If not, that’s ok. Thank you for stopping by.

Did I think I was likely to get rich with this approach? Probably not. But I knew I’d enjoy what I’m doing a whole lot more and know I’m providing a unique and valuable service and keeping the focus there.

Inside of this whole experience, I had a two by four upside the head. I was finishing up a great yoga and mediation session. Bending over to pick up my mat I heard as clear as day, “embrace the woo.”

It took me a minute to figure out what it meant and then I started laughing. I’ve always struggled with the lack of proof in the metaphysical world. I’m fascinated by it – I practice a variety of modalities myself – but I’ve always struggled with this weird feeling of what if I’m wrong? What if other people think I’m a nut? What if what I decide to believe in is disproven – what do I do then? While I realize I took a leap of faith when I included the Tarot in my coaching practice, I’ve been concerned with being seen as a flake.

“Embrace the woo” was literal permission to allow me to go there with more ease and grace – to sink into allowing myself and Moxxie to be what it was meant to be.

Gradually, things began to change. Am I likely to be the next Brene Brown? Nope – but I’m ok with that. I simply want to share my insight, experience, and gifts with those for whom it resonates. After years of working on a career, I want to work on my vocation. I realized I have been given a gift – the gift of having the luxury to not have to work for someone else – the gift to create the life that feels good to me rather than one that impresses others.

As far as Moxxie goes, I’m considering this Moxxie 2.0 – and thus far, it’s been successful. Once I stopped pushing so hard – once I began to listen to my inner voice – and once I realized – really felt a connection to my spirit guides, things began to change. There I said it – the woo is out of the bag!

I’m really excited about this next chapter – I still don’t know exactly how it’s going to look, but I do know we will continue to explore the tarot and how it can be an enormous support system when working through life’s challenges.

There will be a focus on integrating your tarot knowledge into your daily life and practical ways to gain insight into our subconscious, but there will also be episodes about fascinating personal development tools like Human Design, and hopefully some interviews.

So – I hope you join me in continuing to learn about the tarot, ourselves, our place in the world, and how we can be a contribution in our everyday lives.

Anatomy of a Tarot Reading

Managing Our Energy in Times of Crisis 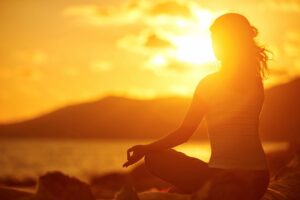 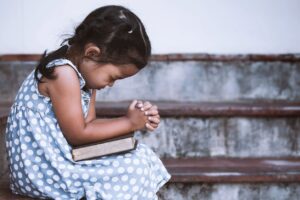 Managing Our Energy in Times of Crisis

Tarot Birth Cards – Insight into You